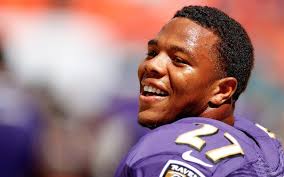 Anyone up on the news can’t have missed the fact that the start of the National Football League’s season was overshadowed by the release of a video of Baltimore Ravens running back, Ray Rice, punching his fiancée in the face. Wow. Talk about unsportsmanlike conduct!

NFL commissioner Roger Goodell disciplined Rice with a two game suspension, but that penalty was criticized as being far from ideal. And not representing standards the fans expect. A review of the video led to the termination of Rice’s contract and his suspension from the NFL. Now former FBI director, Robert S. Mueller III, is conducting an independent investigation into the NFL’s pursuit and handling of the evidence.

While the Brand Keys Sports Fan Loyalty Index doesn’t normally conduct diagnostic measures of individual players, we do measure overall League loyalty. In January 2014, self-classified football fans representing the NFL’s 32 teams rated the National Football League 1st in terms of league loyalty. But based on current Rice-related circumstances, their own fans now rate the NFL #3, just behind Major League Baseball and the National Basketball Association, and just ahead of the National Hockey League. The good news is that loyalty for the Baltimore Ravens team (#7 this year) has so far been unaffected by all this.

The fans’ “Ideal” is the foundation upon which the Brand Keys Sports Fan Loyalty Index, the 22nd annual fan survey, is based. The Sports Fan Loyalty Index was designed to help teams identify precise fan loyalty rankings in their home and national markets with insights that enable the league and teams to identify areas – particularly emotional values – that need strategic brand coaching. As we’ve said before, it really isn’t just about winning games. Not entirely, at least. In the case of fan loyalty, a team ends up being much more than a group of players and a good win: loss record, and the actions of individual players can have dramatic fan loyalty effects.

So here’s the 2014 NFL teams that scored well in re fan loyalty, and those that didn’t. For comparative purposes, #’s in parentheses give the team’s rankings for last season:

The Brand Keys Sports Fan Loyalty Index provides an apples-to-apples comparison of the intensity with which fans within the team’s home market area support their team versus corresponding values for fans of other teams (or leagues) in that market. And yes, everybody loves a winner, but, again, win/loss ratios do not entirely govern fan loyalty. Neither does simply counting attendance. There are other powerful and emotionally-based factors that need be taken into account. The percentages next to each driver of loyalty indicates the contribution they currently make to fan loyalty and engagement:

History and Tradition (33%)
Is the game and the team part of fans’ and community rituals, institutions and beliefs? These include both moral and legal codes of behavior and principals.

Fan Bonding (29%)
Are players particularly respected and admired? An issue like domestic violence will not only have its effects primarily on this driver, but on an overall basis as well. And, to be frank, it depends on the transgression. No matter how rational a response fans seem have regarding offenses like domestic or alcohol or drug abuse, adultery, illegal possession of firearms, or adultery, a great record for touchdowns, field goals, pass completions or rushing, has a tremendous emotional modifying effect.

Pure Entertainment (21%)
How well a team does, wins, losses sure. But even more importantly than a win-loss ratio, how or entertaining is their play? And yes, on-the-field aggressive play is part of the acceptable DNA of this loyalty driver. Off the field, not so much (see Fan Bonding).

Authenticity (17%)
How well they play as a team. What’s the offense and defense like? New managers, as they’re seen to be responsible for the genuineness and credibility of the team, can also help lift this driver. How the team – and in this particular instance, the league – behaves in a situation like Rice’s. Do they ultimately meet the fans’ expectations?

As overall league and team rankings correlate very highly with game viewership and purchase of licensed merchandise, and since rankings can be influenced by how loyalty drivers are managed, it’s critical that team marketers manage them strategically to better meet fan expectations. But you have to know what the fans really expect – beyond a winning season.

The Sports Fan Loyalty Index measures all teams in the four Major Leagues each year, and as loyalty is a leading-indicator of behavior and profitability it tells us what people are going to do. And, because of their high correlation with sales of licensed merchandise, we weren’t surprised when retailers like Dick’s Sporting Goods and Modell’s pulled Ray Rice jerseys from the shelves. Or when the Ravens themselves tweeted that they “will offer an exchange for Ray Rice jerseys at stadium stores. Details to come.” Indeed.

And sure, aggression and ferocity are a thread that runs though the “Pure Entertainment” loyalty driver for Major League Sports (some leagues more than others, of course), and are undeniably characteristics that help teams win. But this kind of widespread negative publicity, fan outcry, the appearance of a player letting his fans down, and of league indecision and/or whitewash, unfortunately raises issues regarding not only player behavior but league standards as well. When that happens, bonds of loyalty are weakened for all teams.

And when that happens, nobody wins.